Since we moved to the house on the hill we had already started shopping at Morrisons. Firstly because we found that it was much cheaper than it's rivals and also we're now close to a HUGE Morrisons that sells everything. Morrisons have also recently launched a campaign to cut prices even further with their 'I'm Cheaper' products. It's a whole range of  over 1,000 products across the store that have had their prices permanently cut. Look for these signs across the store: 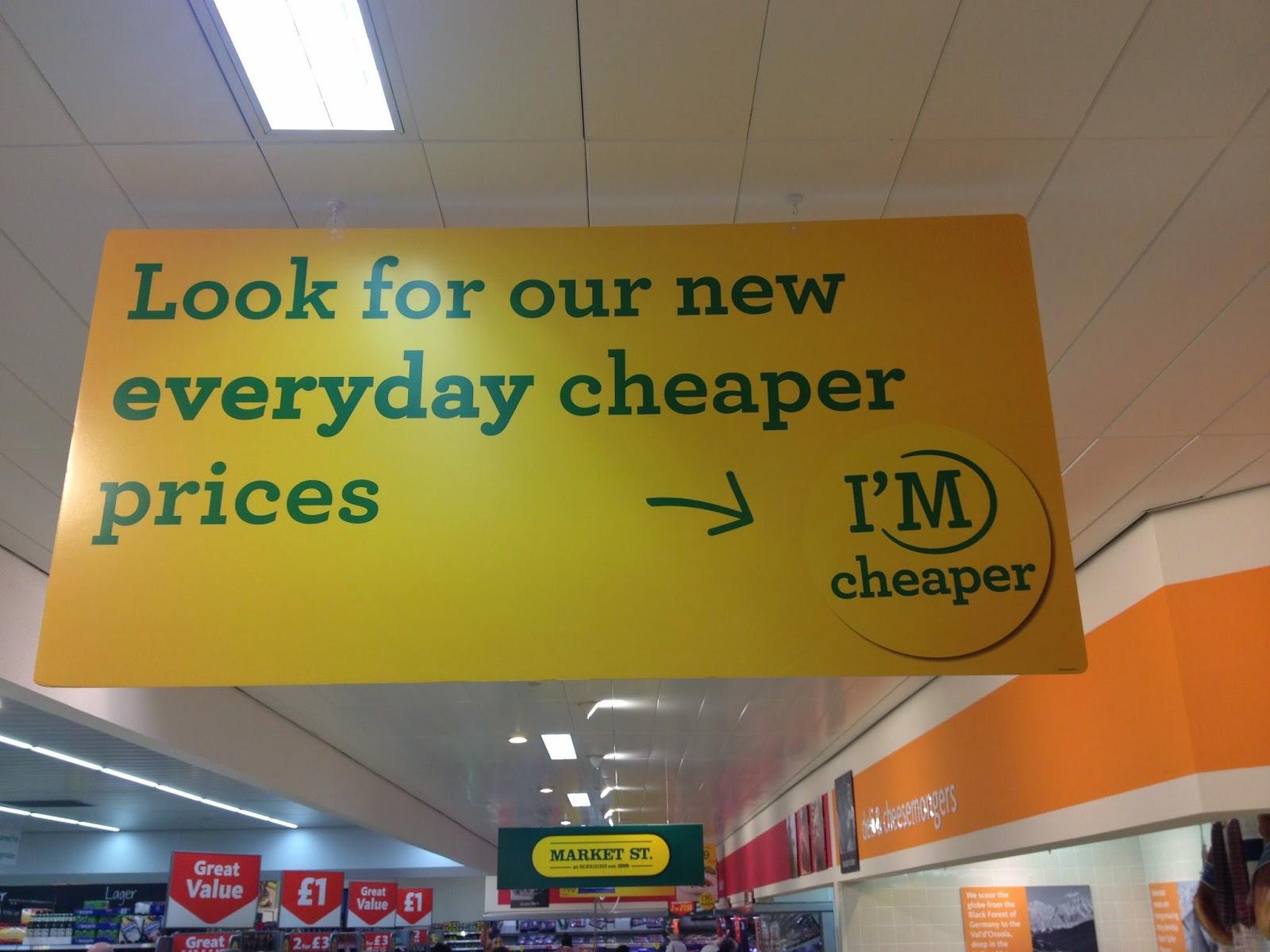 A couple of weeks ago I was lucky enough to be chosen as a Morrisons Mum thanks to BritMums who then sent me £80 in vouchers to go and spend on anything that I wanted to at Morrisons. For me this was a huge bonus as like I say I already do my shopping at Morrisons. My local store has several counters which include butchery, hot chicken, pizza and the bakery. I'm not sure if mine is unusual or not that in addition to a normal bakery they have the most fantastic cake counter: 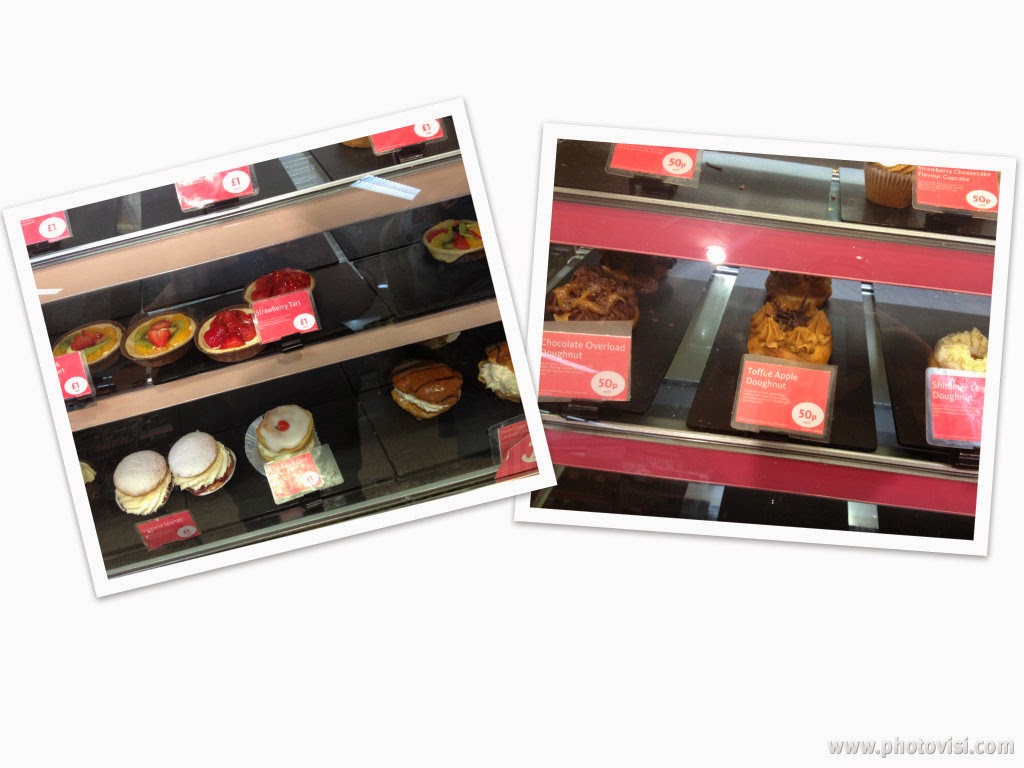 They also have a range of Nutmeg clothing which I actually discovered last year. I bought a lot of Chick's school uniform from there and it has been fantastic. The clothes have worn really well and even the cardigans are still in shape and looking great when she only has 8 weeks of the school year left.

I spent over the £80 of vouchers and in the end my total was around £100 but looking through the cupboards today writing this weeks' shopping list I actually only need to buy bread and milk so I'm definitely happy with that!! As you can imagine after spending all of that money, we've had some amazing meals this week. I suppose I should say at this juncture that judging by my food pictures I'll never make it to being a food blogger ;-)

The first lovely meal that we had (that looks very beige on the picture) was rump steak with wedges and mushrooms: 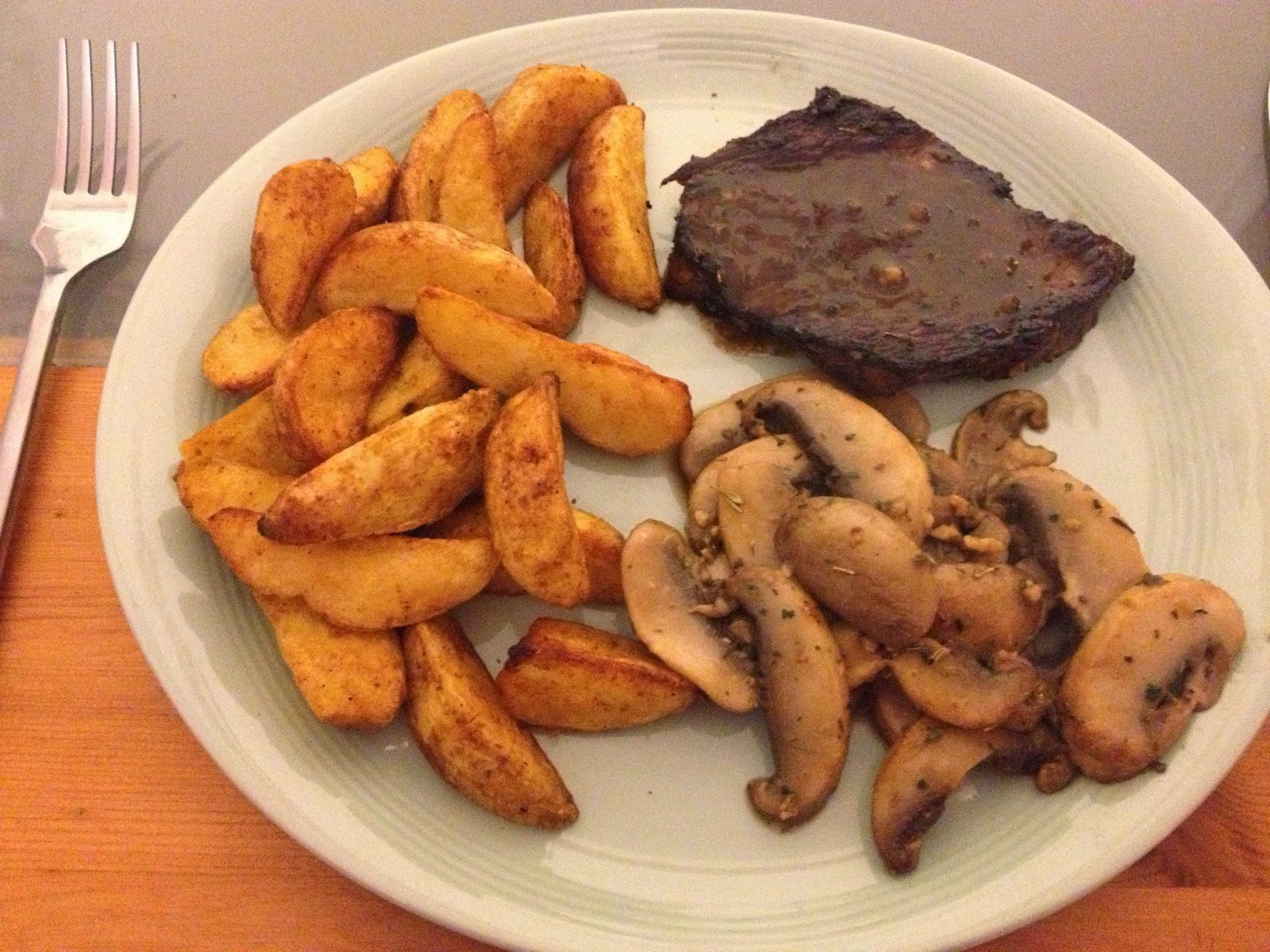 Steak isn't something that I think we can afford to eat very often but actually this meal was only £2.48 each. I don't think that's bad for a treat of a meal.

Last weekend we had a fabulous bar-b-q with plenty of meat!! We had sausages, beef grillsteaks and burgers. The sausage and grill steaks I got on the 3 for £10 meat section. I like this selection at Morrisons as there is always a bit of variety and we got shish kebabs to go with these. The burgers were lovely and juicy and we also had enough food left over to make dinner for everyone the next day: 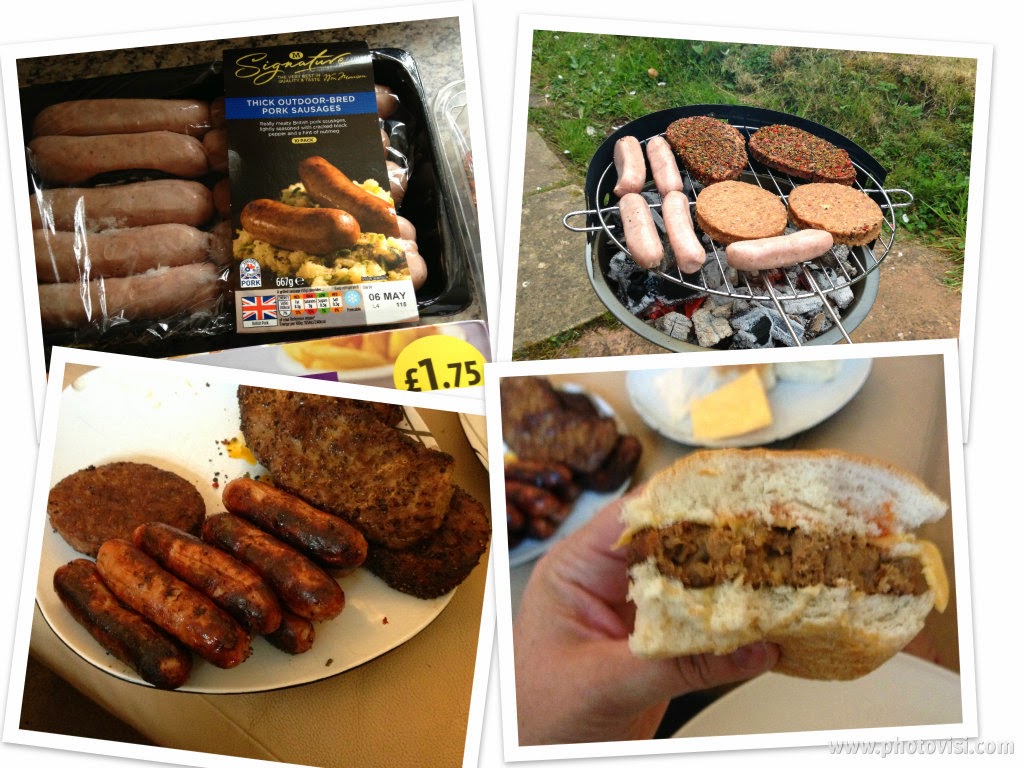 My favourite recipe is one of 'The Man's' called Summer Chicken which we normally have with rice. Again the pictures look beige and I'd eaten a few mouthfuls before I remembered to take a picture but yum!!! 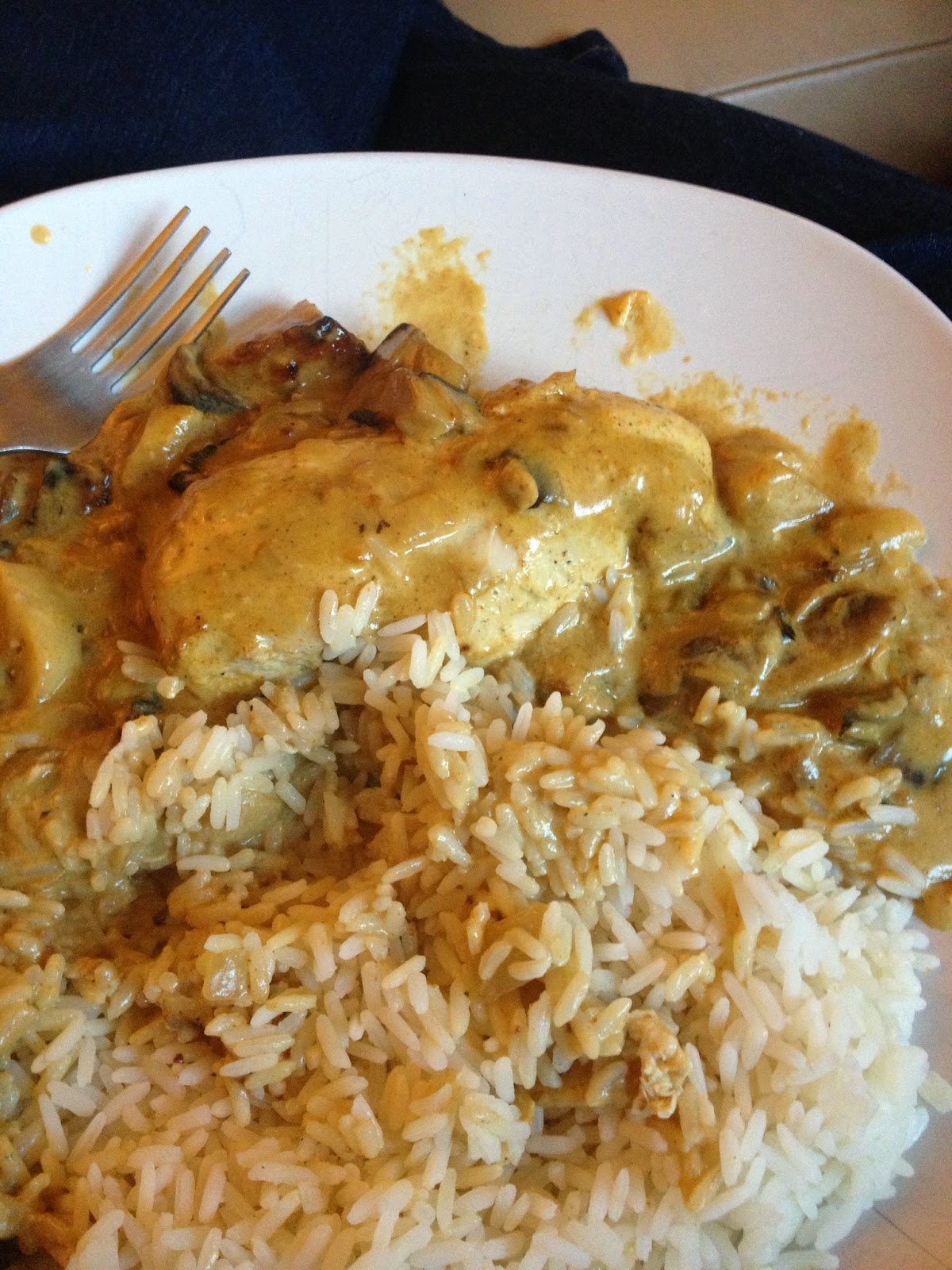 I think that buying everything for the recipe from scratch is would work out at about £2 each but as we'd already got some of the store cupboard items it was around £1.44 each based on 6 people sharing. The recipe needs:

It's a fairly simple recipe and takes about an hour to cook:

·       Melt margarine in saucepan or large frying pan and add the onion and apple.

·         When sauce has thickened remove from heat and stir in cream.

Do let me know what you think if you manage to try it :-)

Thanks to BritMums and Morrisons for the opportunity. As already stated I received vouchers worth £80 to buy the food used in this post. All choices were mine and all opinions are mine too!