Some of you may have noticed on Facebook and Twitter that I'm a teeny bit excited to have a sponsor for CyberMummy. For those of you who have never heard of it....CyberMummy is a British Bloggers conference held in London on June 25th! I went last year and met some amazing people and generally had a tremendous time. This year I'm lucky enough to be able to attend courtesy of the dodelightful people at Dodo Pad. 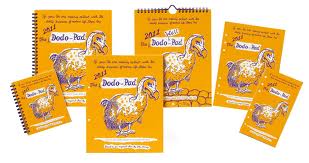 I've been lucky enough to review a couple of their products before and I'm sure that some of you will remember the fabulous giveaway I ran with their amazing academic wall planners. They have a fabulous and funky range of diaries, wallplanners, filofax refills and much more. All of their products are covered in doodles, facts and limericks and there is also plenty of space for your own doodlings!!! 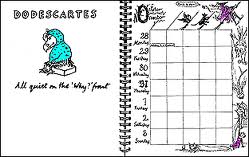 The very clever people at Dodo Towers have also just released a new product....the eyePad which is great and I'm going to be trying to get my hands on one as soon as possible: 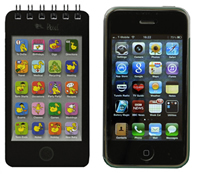 I'm really pleased to working with such a great company that have such fabulous products.  Obviously from now until June I'll be working very closely with Lord Dodo and his staff to bring you reviews and news from Dodo Towers. I would love if you could show your support for them (and me) by following them on Twitter or by 'liking' them on Facebook. Exciting times ahead in 2011 :-)
Posted by Emma at 20:47 No comments:

When I received an e-mail from Spinmaster (the Company behind Moon Dough, Bakugan and Bendaroos) asking if we could test their latest new toy we of course said yes. 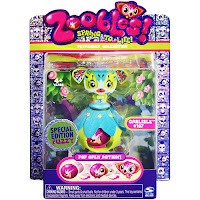 The toy in question are called Zoobles and are aimed at girls ages 4+.  They come as individuals or Twobles as well as playsets. Each one is different and with over 150 to collect there is something for all little girls. Basically they are tiny, cute little characters that roll into a ball and then pop up when you least expect it.
They come with their own homes called Happitat's and this is what transforms them from a colourful ball to a tiny character. When you pet or stroke the Zooble they react by blinking their eyes or waggling their ears and tails! They will retail at around £5.99 for the singles and are being released in the UK tomorrow!!!
So what did we think? It took us a while to figure out how to make everything work but then we aren't the smartest cookies!! It's quite cute and something that I would buy for Chick or would certainly let her buy with her own pocket money. This was ours but I can't remember what it's name was as I threw away the packet (such a bad reviewer ;-):

Chick thought that it was fun but it has a limited appeal on it's own. I would suggest buying at least a Twoble pack so that they can interact with each other and you can swap and change them around. I also like the fact that you could collapse it down to a ball which then fitted inside its 'Happitat! I'm all for toys that almost tidy themselves away!
To find out more visit the Zoobles website or 'like' their Facebook page!!!
Posted by Emma at 21:52 No comments:


Chick has been after one of these for ages so I was really pleased when we were sent one and I wrapped it up and gave it to her for Christmas. I would happily buy this and Chick was really pleased with the end result although I thought she looked like a drag queen rather than Cinderella!!!! A few thoughts:
- It's quite messy especially when you are removing the figure from the mould so make sure you have a covering down.
- The Instructions weren't very clear but that may just be me having a blonde day!!! Once you understand how it all fits together it is super easy and the kids don't need too much help to be able to get on with it.
- Be very careful when you are taking the mould apart that you don't break the figure (Whoops!!!)
- The painting isn't as easy as it looks on the box :-) 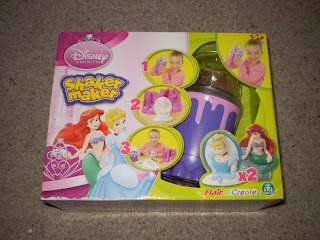 
We’ve had Cuponk sitting on the toy shelf for a while now just waiting for us to play with it. As you can see from the video it’s fun but also quite difficult and it just seems a bit of a pointless toy to me. If Chick wants to play with a cup and a ball then I’m pretty sure I can find one of each at home without paying £9.99 for the privilege!!! Even the tricks aren’t something that you couldn’t think up on a rainy day but we may have gotten a little competitive trying them out :-)
As the ball wasn’t bouncy at all Chick couldn’t get the ball into the cup and we ended up just playing our own game with it. I wouldn’t buy this but notSupermum had a different view and the boys at her school loved it!!! Check out her review here!!
Available to buy from Toys R Us at £9.99
Posted by Emma at 20:08 No comments:

I'm sure that you all remember my visit to the Children's hospital a few weeks ago, well they have played with the toys now and these are the thoughts of the Children and Playworkers.
Crayola Mess Free Magic Lightbrush £15.97:
6 year olds view: So fantastic, excellent brilliant paints.   10/10
It’s clever how the brush lights up over the paint pots..
Not sure why you’d use this instead of just normal paints because you can’t use this toy once the gel runs out and need special paper. 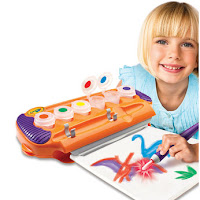 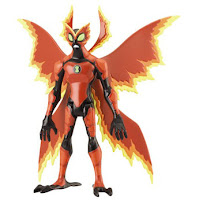 Ben 10 Ultimate Alien Mark 10 Car:
6 year olds view 10/10.
Quite a sturdy toy.  Aids imagination.
Need to have other Ben 10 toys to get full use. Instructions could be clearer about how parts fit together. 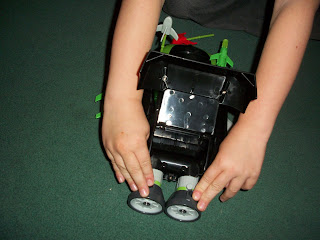 Fisher price Trio £19.99:
6year old view 8/10.
Allows child to initiate own construction ideas.
Would need more parts to make the bigger models. Step by step instructions would be useful instead of pictures of constructed ideas for a 6year old. 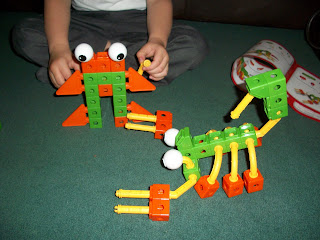 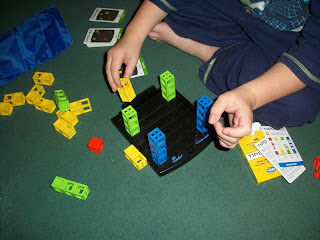 Rush Hour Game £12.99:
11 year old review 9/10
Able to play with individually or with others. Different levels to suit varying abilities. A good brain challenging game that could become addictive! 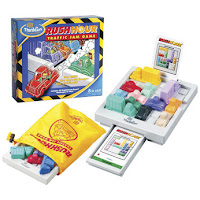 Reviewed as part of the Toys R Us Toyologist programme.
Posted by Emma at 16:30 No comments: